Good News on a Monday

Monday isn't always the most popular day of the week, but we're happy to report that we're coming to you with good news today.

As if last week we didn't already receive a great number of donations, on Thursday, Ms. Kathleen Yao in behalf of 21st Century Steel Mill came to our office and dropped off their donation of children's magazines worth  Php112,000! 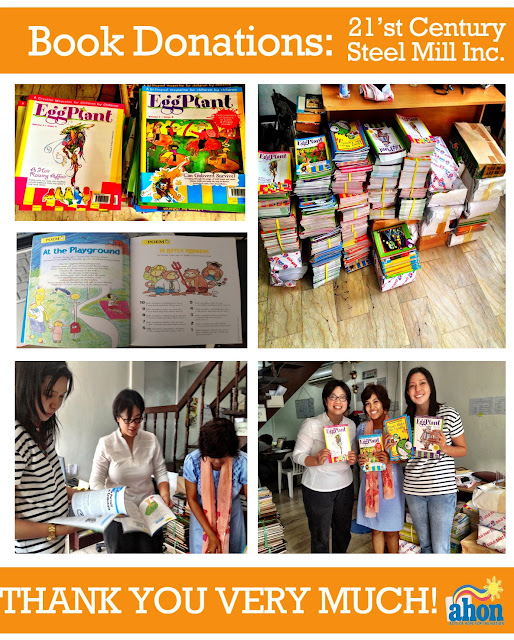 The magazines that were donated to us were Asian children's magazines with articles written by other kids from different parts of Asia. The magazines also included lots of colorful art work and creative writing submissions.

We're sure that these magazine donations will add life and more color to the new libraries we're opening in the upcoming months.

Another good thing we have to share is that we also partnered with Bagong Kulturang Pinoy Inc, a non-profit for literacy! We signed a MOA over the weekend with Ms. Alice Quilicot, their Executive Director. The reading seminar conducted by them will take place some time in October. 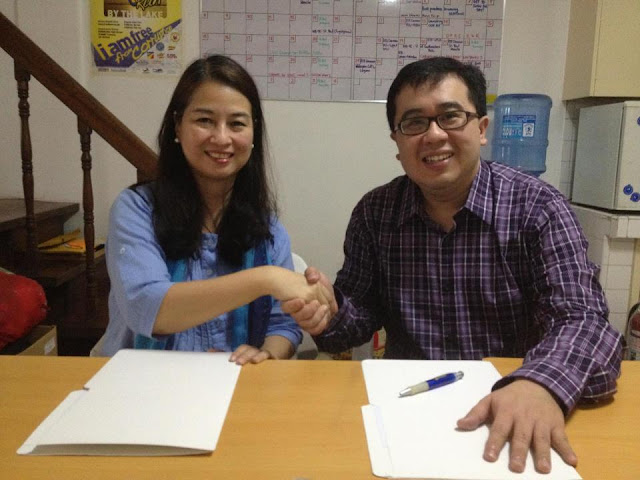 And finally, we're having a fundraiser this Friday! 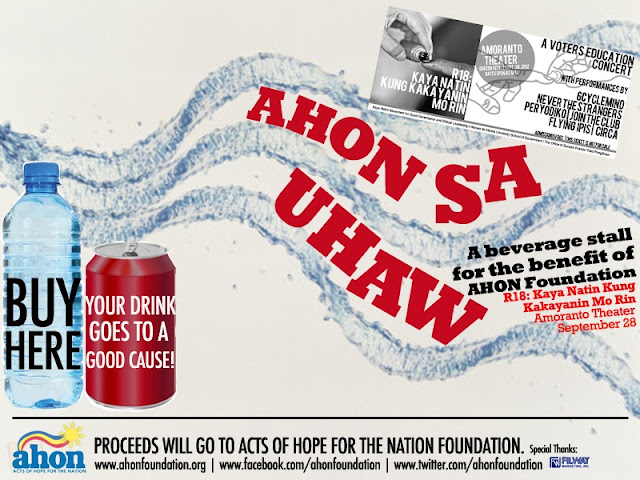 AHON Foundation will be at Kaya Natin's R18: Kaya Natin Kung Kakayanin Mo Rin voters education concert on Friday, September 28. We will be selling drinks, the proceeds of which go to AHON Foundation. You can also sign up to be a volunteer at our booth during the event.

The concert will be at Amoranto Theater in Quezon City, and gates open at 6pm. Bands like 6Cyclemind, Never the Strangers, Peryodiko, Join the Club, Flying Ipis, and Circa will be playing. To find out more, here's the Event Page on Facebook.

We hope to see you there! Don't forget to drop by our booth! :-)